The bark peeled from tender root shoots of genuine Ceylon Cinnamon shrubs contain the most valuable and beneficial cinnamon. Ground, supplemented and filled into a capsule this cinnamon is easy to take.

What positive impact can cinnamon have on the human body?

Trace elements such as zinc and chromium play an important role in the human body’s metabolism. Zinc, cinnamon and chromium can help regulate blood sugar levels and improve insulin action.

Cinnamon stimulates the body’s metabolism; it helps to warm up the body from the inside out.

Take 2 capsules a day with some liquid
Do not chew 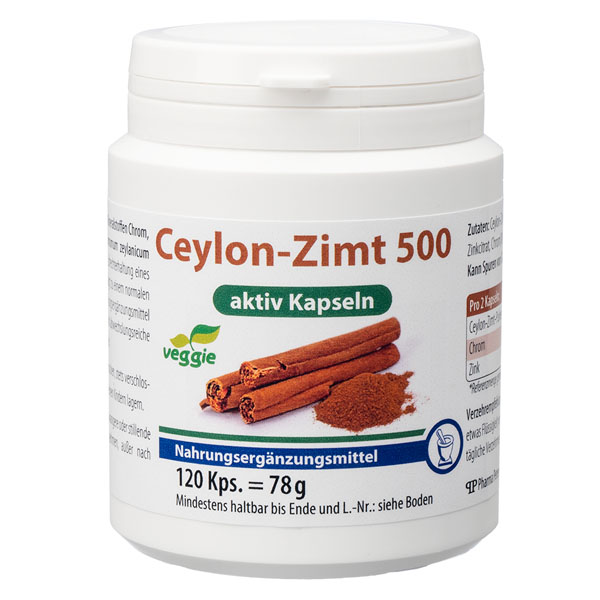 Mandatory information according to LMIV