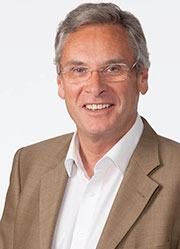 1936 in Berlin, Herbert Peter founded Pharma Peter as a sales company for pharmacy supplies. From the beginning, the company's business partners were exclusively pharmacies and pharmaceutical wholesalers. After WW2, Herbert Peter continued to pursue the success of the company. In 1962, his son Michael N. Peter joined and strongly developed Pharma-Peter, especially in the 1980s as well as 1990s.

1980, the founder and CEO Herbert Peter retired. In 1982 the subsidiary, Canea Arzneimittel GmbH was founded. This was the time when the company started to pursue the in-house production.

In the year 2000, Pharma Peter Arzneimittel GmbH and Canea Arzneimittel GmbH moved to the present location here in Hamburg. At last there was enough space to accommodate the largely grown areas of production and logistic.

In 2007, the traditional licorice manufacturer SALMIX® Ltd. was acquired and named SALMIX Sievershütten GmbH. SALMIX was originally founded in 1949 by Heinz Caspar. From 1997 to 2007 the son Dr. Reiner Caspar continued to run the company. The SALMIX production site and headquarters is located in Sievershütten, near to Hamburg, half an hour drive from Pharma-Peter’s present location.

In 2014, the pharmaceutical entrepreneur Peter-Michael Thom took over the group of companies. Approx. 40 employees are currently active mainly in the areas of product development, production, marketing & sales as well as logistic and shipping.

Annual sales of the group amounts to about € 6 million. Our Product Range covers almost all areas of health products for self-medication.